THROUGH MY EYE A ÉTÉ SÉLECTIONNÉE POUR « COLOR STORY »

If a confident use of color defines your work, we want to see it. There is infinite potential for an exhibition such as this, which crosses subject, theme, and genre; we are equally enthusiastic to see realism and abstraction, and the not-so-gray areas that balance between. There is also limitless possibility for your choice of color story: every hue, tint, and shade applies, where it is used to characterize, describe, communicate and celebrate your subject or concept. 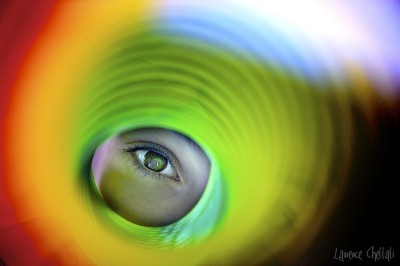 I have over the years judged many contests. Normally, when I am asked to select fifty plus images for a contest, I have trouble because it is usually tough to find fifty that would truly pass my own criteria. With this contest I was caught off guard for a very different reason. I started off with 719 images and I was easily able to eliminate 300 plus images from the contest without hesitation and I will talk about that in a bit. The next 250 or so was a bit tougher because I was really seeing some strong imagery but was able to carefully go through them and one at time eliminate additional submissions. At this point it got much tougher and continued until I was down to 91 images. Never as a judge have I seen so many excellent images and I think a show of 91 would have been an fantastic show by any standard. I went back through every single image, noting things I liked or didn’t like about each one and eventually narrowed it down even further. In the end I ended up with 82 images that were truly winners in my mind. Gallery space allows for 62 images so I still needed to eliminate 20. I was able to do so but I want to reiterate that all 20 that I eliminated were well qualified in my mind to be in the show and if you were one of those photographers you should be very proud.

There are several things that strike me and I feel that it is important for the photographers who entered the contest to understand some of these feelings. I am looking for a fresh look and fresh viewpoint with strong color aesthetic and technical appeal. The images need to be well composed. As a photographer you are responsible for everything in the frame.

As someone who has worked with Adobe in development since the very early days of Photoshop and Lightroom, I have a broad understanding of how the product works. Today since most images are shot digitally, virtually all images are adjusted in Photoshop, Lightroom or a similar product. Therefore, Photoshop automatically plays a part in the process. That said the concept of « Photoshoping an image » means different things to different folks. This isn’t simply a matter of technical merit but also a personal perspective on Photoshop. Understanding my feelings on this may better help you understand why I chose one image over another. This is not simply a matter of right or wrong but there is a lot of subjectivity involved as well. I personally dislike images that use Photoshop to change tone and color as a means of distracting you from the image being out of focus for example. With my roots in photojournalism, working for both newspapers and magazines I always felt the image simply had to be sharp. I also personally dislike images that look like Photoshop is the first thing you noticed when viewing an image. I saw a lot of images that were over processed and especially so when photographers were utilizing HDR techniques. In my mind Photoshop should enhance an already dramatic image. I also expect basic Photoshop skills like cropping out or cloning out distractions, dust removal, and proper use of curves and adjustments.

I would urge photographers to take more time refining their entries. Again as a judge I must consider the usage of Photoshop and there were many entries that would have placed or at least placed higher up if there was more attention paid to the technical merits of the image. Generally and I hate to generalize, but there were a lot of images that had blown out whites as well as a loss of detail in the shadows and blacks or were poorly cropped or had horizon lines that are out of kilter. When they are purposely distorted that is fine but some were just out enough to be annoying and they could have easily been fixed. Other Photoshop related issues were images overly sharpened and many where some parts warranted selective sharpening while other areas would have benefited from selective softening. Be especially mindful of triangles forming in the corners. Triangles in the corners. Learning exactly what lens to use and where to stand and how to frame a shot is a challenge for many photographers. When we are attracted to a subject we tend to look towards the center of the viewfinder and rarely pay attention to the periphery. It is in the periphery where we find things that detract from the image. It may be a branch sticking in or a pattern of color. These extra-unwanted items tend to exist in the corners of our images forming triangular patterns. If you have a triangle in the corner of one of your images and want to determine if it adds to the photograph or detracts from it, cover up everything except the triangle and if the triangle is important, keep it in. More than likely the triangle will be an area of black or white or a branch and by itself is anything but a good image. In this case crop the image and remove the triangles. As an exercise when you are framing an image take your eyes and glance to the periphery in the viewfinder. Look for triangles being formed and if you see them it is a good indication that you need to move in tighter on your subject. Space is defined and determined by shapes and forms. Positive space is where shapes and forms exist; negative space is the empty space around shapes and forms. For images to have a sense of balance positive and negative space can be used to counter balance each other

I certainly do not mention any of the above to be overtly critical and hope my criticism is taken as a means of improving already solid imagery.

I was looking at the stats for my website and it was very apparent how many folks took the time to view my work before they submitted their entires. Some folks clearly tried to imitate my style and even some of my images. This is neither good nor bad but just an observation. A final comment…. Judging is ultimately very subjective and whether I chose you or not isn’t the most important part of this. Ultimately it is how you feel inside about your own images. This is what is really important. Everyone in the world can like one of my images but if I don’t feel it, it is meaningless to me as an artist. In the same respect folks can criticize my work and I will listen and take all criticism as a learning experience but in the end there are still images that I love and feel strong about that others might not.

Thank you for the opportunity to judge such a fine and refreshing contest. 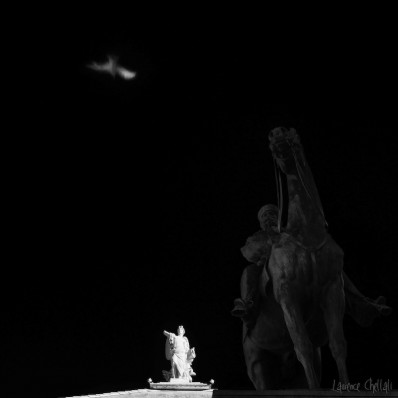