Jean- Paul offers us the second part of his brilliant image analysis of which you will find the first part here:

As a reminder, the initial article in which I ask the questions that Jean-Paul answers is this: http://www.photofolle.net/forme-and-substance-part-the-first/ This series 2 album is remarkable in every way and I hope you will appreciate the true value of this great opportunity that we offer Jean- Paul to go further than our age-old « I love – I do not like » and to learn how many of you is an image reading. For once, take your time, check back later if necessary, ask questions if you have! Do not be afraid to get involved! No action is stupid when it is animated by the desire to understand and exchange points of view constructive. So once again, Jean-Paul, I let you speak and for my part, I will speak in the « comments » section[/su_note]

[wc_spacing size= »40px »] I will not dwell too much on solarization as technical or extensive use, Google is much better and it will serve you a series of impressive images if you want with this term on its engine. She has some nobility unfortunately little known but are masterpieces in my opinion, as it classicism outdated but monstrous precision and work to achieve such a finish:

The fame of this process is due to Man- Ray, personality from the world of art , film , painting and surrealism there is already a number of years ago, not to mention a number . Man- Ray realized he really solarisations or used it the Sabatier effect ? For this deepening of specialists, you will discover all about the Arago site and Man Ray and there are others of course if you are looking for yourself . This short introduction to return about here : the choice of the background and the shape of the photo Laurence , this famous solarization many  » old-fashioned  » and today she rediscovered for our pleasure. I raise my point: the use of this technique she brings something to the picture, and why this choice , apart from the  » haphazard  » a plugin that Laurence rediscovered occasionally a little rummaging in archives? The final proposed Photo with « antique solarization  » effect 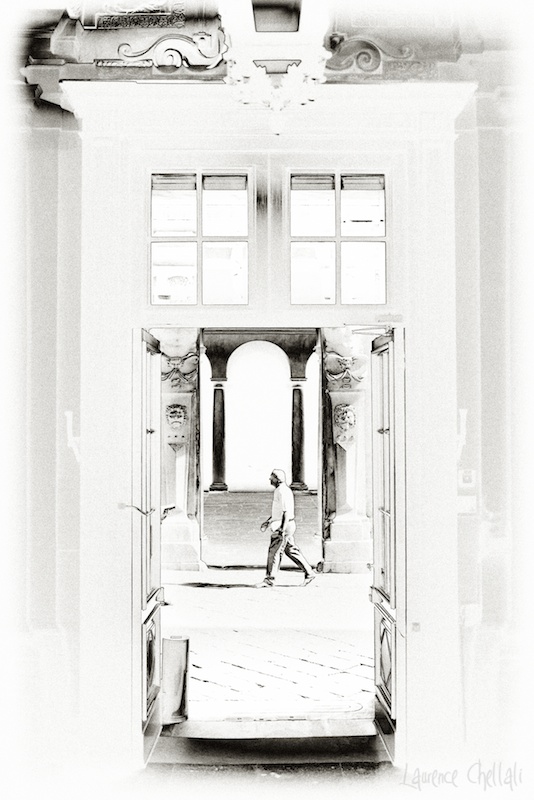 Is there a message in this photo solarized , and if so , which one?

The technique used is not neutral , as she puts it, later in his commentary, and its contents, the background is not necessarily non-existent so far as it indicates that the final question it takes us .

So go in search of the meaning of this photo solarized …

Firstly, undoubtedly , inevitably, a historical connection , as part of the history of photography and the eternal debate , still not resolved , the will he ever between the photo and photo realistic  » doctored  » in this case we could talk rather surreal .

In other words that we prefer in our work : photo  » evidence of real » , even accentuate a little to magnify (or worse … ) or photo creating a new reality behind appearances and invisible it reveals then?

If you look at the other works of Laurence on his website or blog , you can answer it for her , for his part, made ??his choice without any doubt : this is an exploratory , talent , the invisible realities , to the point of denying the reality visible to reinvent another , more subtle or brutal for this photo.

Since this photo is part of a solar history, so we dive into it to see what it might have to say about the choice of Laurence , voluntary or involuntary , conscious or not.

In the article on Man Ray reference here it is said of him that his experiments ( including solarization ),  » allow him to overcome realistic contingencies of the medium, a dream exceeded topic related to Surrealist thought  » .

If someone can explain to me what this sentence does not apply EXACTLY this photo Laurence , I’m interested …

In view of his fine work also , no one can doubt , I think, we can apply the term to Laurence  » protean work  » already visible on its website , even if, contrary to Man Ray , it remains confined to the world photograph in any case it shows yet .

Person either, I believe , can not contest it possible to add also unreservedly words : creativity , elegance and sense of provocation .

Can it apply to Laurence for this photo and more generally in its work ?

I tend to think that by simply asking the question, I answered already , and if I think the comments of its readers , for example the series: http://www.photofolle.net/bulles-de soap / they too have largely settled …

Laurence had already done in the introduction to this series by talking about lightness , fragility, and referring to the book / movie « The Unbearable Lightness of Being » in which Eros is not absent …

To drive the point home , she asked if men would be sensitive . If this is not an appeal of the foot that …

For this photo, we are without a doubt if I ‘ll be back on his comments : opposition stiffness / roundness, and this little paunchy belly apparently so sensual , yet contradicted by the stiffness of the body.

Laurence and fits perfectly in the tradition of artists like Man Ray, if male , artist herself she is, undeniably feminine , and has overcome the initial difficulty of his picture to get us , almost by force , in her world she loves , through the history of photography revisited by him.

PS : If you want to know more about the  » unbearable lightness of being » and why, perhaps, his quote was not necessarily anecdotal, as I suggest the following link , « point of view of critical  » , so obviously partial / partial . But then nothing prevents you from doing your own research on the engine adhoc , ideally always , of course, to make up his own mind by viewing the film and / or reading the original Kundera novel. http://www.avoir-alire.com/l-insoutenable-legerete-de-l-etre-critique

icon-angle-double-right You can read the first part here

FORM AND SUBSTANCE – PART THE FIRST 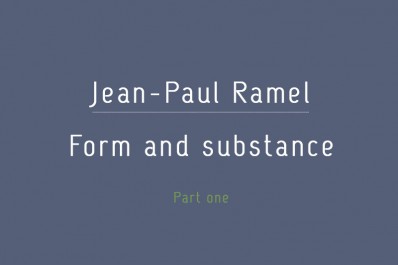